Ever wondered which sportsperson is most revered in each state of the United States? Top US Casinos has uncovered the top star born in each state to reveal which athlete steals the show the most back home.

With about a third of all states (17) ranking an NBA icon as their leading star, no other sport beats basketball in terms of state selections. As the most famed sporting name nationwide, it’s no surprise that Michael Jordan takes the crown as North Carolina’s state superstar. Meanwhile celebrated ballers Scottie Pippen, Phil Jackson and Magic Johnson also claim top in their native Arkansas, Montana and Michigan, respectively.

Turning our attention to the boxing ring, one of the sport’s most celebrated athletes, Muhammad Ali, is comfortably The Greatest to ever come out of Kentucky and fellow fighter Roy Jones Jr. is Florida’s favored son. Heading westward, Tiger Woods’ golfing heroics has cemented him as California’s leading sportsman, while tennis’ Andre Agassi is top in Nevada. 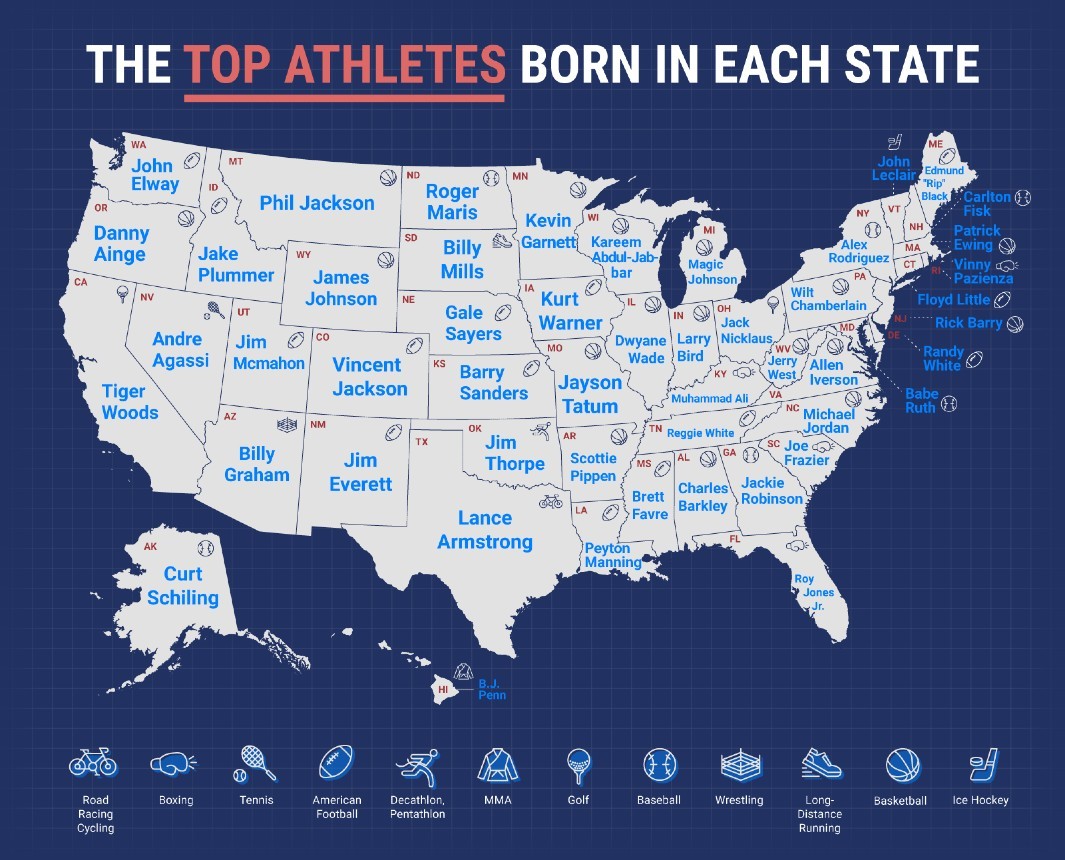 To reveal each US state’s most celebrated sporting hero, we first collected data for each of the fifty states’ most successful and prodigious athletes from Bleacher Report. From here, we analyzed each athlete’s respective Wikipedia page to assess visits during a twelve-month period between March 2020-March 2021. The athlete for each state with the most page views during this period is considered their area’s leading hometown hero.

If you liked reading this then don't forget to check out our online casino real money guide.

Cited by leading media organizations, such as: